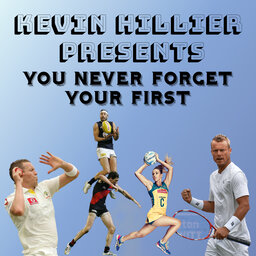 You Never Forget Your First

Kevin Hillier is joined by a former player to reminisce and reflect on the day they played their first game. Whether it was one game, a handful of games or a couple of hundred games, they all have 1 thing in common, they all played a minimum of 1 game.