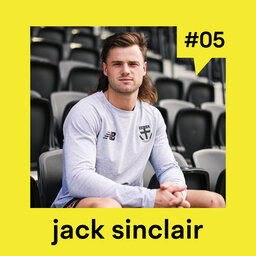 When the stakes are high and all eyes are on you, how do you perform to your potential? Join Jarryd Roughead and Dr Ben Robbins as they speak to some of Australia’s most successful and high-performing athletes and dive into the tools, techniques and stories that helped them reach their peak. This is The Long Game, powered by AIA Australia.