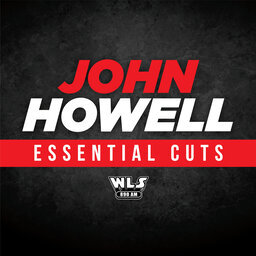 John Howell is a veteran Chicago radio host, avid golfer, and music aficionado who breaks down the news of the day with local tastemakers and newsmakers from 4pm-7pm weekdays on 890 WLS-AM. A voice of reason, John examines the biggest stories through a Chicago lens and shares them with a nuanced delivery.