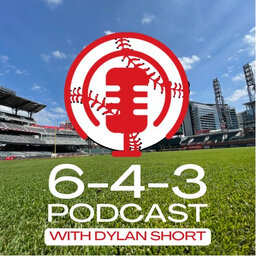 Welcome to The 6-4-3! 6-4-3 is a podcast by and for Braves fans. Just another fan obsessed with the best team in the league, determined to combine the numbers you need to know with a refreshing, relaxed atmosphere of a simple fan talking to other fans. A show for every type of Braves fan.