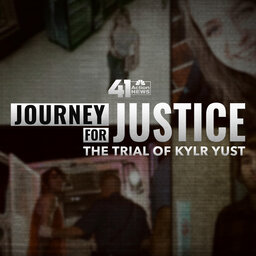 Journey for Justice: The Trial of Kylr Yust

In “Journey for Justice: The Trial of Kylr Yust” on 41 Files, you'll hear the stories of Kara Kopetsky and Jessica Runions, two girls from the Kansas City area who went missing in 2007 and 2016, respectively. Later, their remains were found near each other by a mushroom hunter. Kylr Yust is charged with their murders and stands trial beginning April 5, 2021.