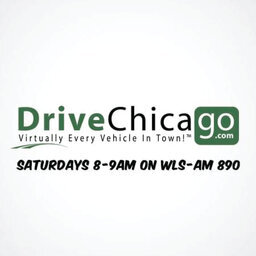 DriveChicago Radio on WLS 890 AM. From new cars to classic cars, from racing to technology, the DriveChicago radio show delivers a lively and frank discussion of everything automotive. Hosted by familiar Chicago radio news voice Jennifer Keiper and backed by long-time automotive expert Mark Bilek and enthusiast Jim OBrill, DriveChicago radio promises to deliver dynamic coverage of the automotive industry including new-vehicle reviews, in-depth interviews with industry experts, tips for maintaining your vehicle and insight into new trends and technologies. All the while, we hope to have a little fun along the way. DriveChicago.com is Chicagoland’s largest local listing of new and used vehicles. In all, there are more than 120,000 new and pre-owned vehicles available for shoppers. In addition, DriveChicago.com provides expert reviews, shopping tips, and easy-to-use tools to help make your search quick and easy. DriveChicago Radio Hosts Jennifer Kieper has covered the auto industry for a decade following two automakers through bankruptcy, an ignition switch scandal, surging sales after the recession, and providing WLS-AM 890 with award-winning coverage of the Takata airbag recall. Jennifer launched, produced, and hosted the weekly “Fox Wheels” segment during her time as the Midwest Correspondent for Fox News Radio. You can hear her often reporting industry stories on WLS-AM 890, where she’s also the news anchor for The Steve Dahl Show, 2 – 6pm weekdays. While readily admitting that she leaves it to the experts to explain what’s under the hood she’s not shy about loving to kick it up a notch while behind the wheel. “I grew up riding around in a ‘68 Mustang, moved up to a ‘74 and eventually ended up buying a garage-kept ‘83 Porsche 944 in the late 90’s,” said Keiper. “It was a sad say when I had to sell that car.” Jennifer says, “On “Drive Chicago,” every Saturday at 8 a.m., it won’t only be about fast cars but also trucks, SUVs, unique vehicles, industry news, trends, local events, and so much more. “ Mark Bilek is the Director of Communications and Technology for the Chicago Auto Trade Association and the General Manager for DriveChicago.com. He is also responsible for developing and maintaining the Chicago Auto Show Web site. Mark has been reviewing vehicles for more than two decades. Previously, he was associate publisher at Consumer Guide, where he oversaw publication of “Consumer Guide Car & Truck Test,” “Consumer Guide's Used Car Book,” and ConsumerGuide.com. He was also responsible for publication of "Collectible Automobile" and hardcover automotive titles. In 2001 and 2002 he served as president of a Midwest Automotive Media Association. Mark has appeared on ABC TV, Fox News, and Speed Channel as an automotive consultant. Previously, he was a regular on WGN Radio's Steve & Johnnie show. Mark lives in the northwest suburbs with his wife and three sons. Jim OBrill is the Director of Marketing for the Chicago Automobile Trade Association and Chicago Auto Show. Over the course of his career, he has worked at several car dealerships in various areas of the dealership business. He also spent many years in Chicago radio as a promotions manager before fully focusing on the automotive industry. Jim is also a member of the Midwest Automotive Media Association. His passion for cars started at a young age and he’s often referred to as the ‘car-guy’ among family and friends. As a former auto detailer, he has an eye for identifying solid used cars and has tagged along on many car buying adventures. Jim resides in the northwest suburbs with his wife and three kids. He can often be found spending free time at local cruise nights or at home washing one his four vehicles. Connect with DriveChicago Radio on Social Media Facebook: @drivechicago https://www.facebook.com/drivechicago/ Twitter: @drivechicago https://twitter.com/drivechicago/ Instagram: @drive_chicago https://www.instagram.com/drive_chicago/ YouTube: @drivechicago https://www.youtube.com/user/drivechicago