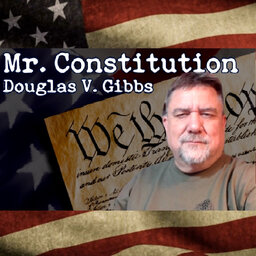 U.S. Constitution through the lens of Christianity. Douglas V. Gibbs is a Radio Host, Author, Public Speaker, and outspoken proponent for the spread of constitutional literacy and patriotic advocacy. Doug has appeared on television, radio, and podcasts and is an award-winning blogger and freelance newspaper columnist whose articles appear in both print, and online.