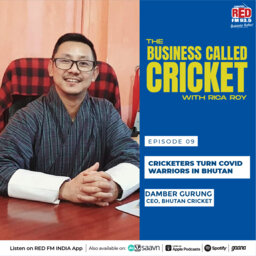 In cricket or life you never want to get beaten. But the game can bite you, and you can get BITTEN. BITTEN by the game OR SMITTEN by its characters, whatever one may choose to call happened to me in my teens. As a kid in a Bengali household I was often the victim of mum’s pathological hatred for the game. ‘Baba porte Bosho’ (get on with your books), she would say, when a generation was being charmed by a man called Sachin Tendulkar, the guile of Shane Warne, Anil Kumble’s grit or Laxman/Dravid’s magnificence... it often felt cruel.... Despite Mum’s million warnings, Cricket did BITE me, but it also taught me to BEAT the odds in life. As Cricketers try to stay relevant through instagram posts and tweets, how is the cricket economy coping with the virus? A show on how the industry is planning for the game’s future. There is a huge interest in the resumption of this 13 billion dollar economy. A look at the cricket industry through the lenses of the cricketers and the team itself !: