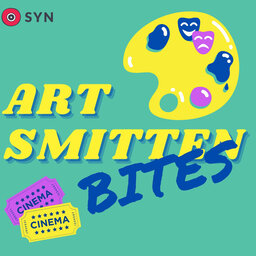 Art Smitten is SYN's weekly guide to arts, culture and entertainment in Australia and around the world. With a focus on youth and emerging arts, we're here to showcase culture ahead of the curve. From our base in Melbourne, contributors interview, review, and cover the very best of what the world’s second-most liveable city has to offer. Whether it's film, fashion, photography or Fauvism you're into, Art Smitten is the place! Art Smitten broadcasts on SYN 90.7FM on Wednesdays from 4-6 pm. This podcast features content from the Art Smitten radio broadcast, which includes interviews, reviews and host discussions.